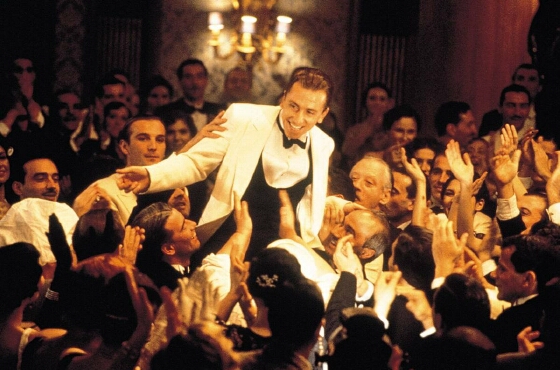 If I'd made my list of 30 films to watch before you die a couple of years ago I wouldn't have included this film. That's not because I didn't like it. It's a film that I've known and enjoyed for a long time. The reason for omitting it is that one of my rules is that the film should be accessible. Two years ago it was almost impossible to find this film in England or America, and what's the point in recommending a film as essential if nobody can find it? The film had only ever been released in Italy. That's still the case today, but something has changed. Last year Amazon opened a website in Italy for the first time, www.amazon.it. Due to the international nature of Amazon, Italian imports are now available on Amazon's web sites in other countries.

The film was made by the Italian director Giuseppe Tornatore. It was filmed in Italy, but in the English language, starring Tim Roth and other English-speaking actors. In my opinion this is the pinnacle of Tim Roth's career, even though he doesn't appear in the film until after an hour.

The Virginian was a cruise ship that travelled from Southampton to America (both North and South America) five times a year. In January 1900 a new born baby boy was found abandoned in the first class dining room. Danny Boodman, a boiler room worker, adopts him, and gives him the name Danny Boodman T. D. Lemon 1900, shortened to 1900. At first the captain is reluctant to allow him to stay on the ship, but Danny looks after him. When 1900 is eight years old it's discovered that he's a musical prodigy, and he joins the ship's band.

1900 remains on the ship all his life, never once setting foot on dry land. Most of the film takes place between 1927 and 1933, told through the eyes of Max Tooney, a trumpet player who becomes 1900's best friend.

How has this film managed to stay hidden for so long? Very few people have even heard of it. When I show it to my friends the reaction is always the same. They're astounded by the story, the cinematography and most of all the music. 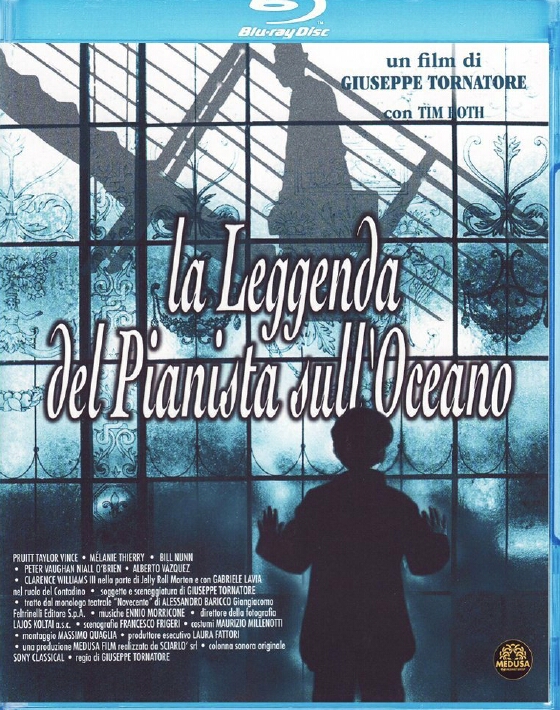 (The picture above shows the film sold by Amazon. Only buy this version, the uncut 169 minute version. Some releases have shortened the film to 120 minutes).

I don't know any other films by Giuseppe Tornatore that I can recommend, so I'll suggest a few other films starring Tim Roth for further viewing: