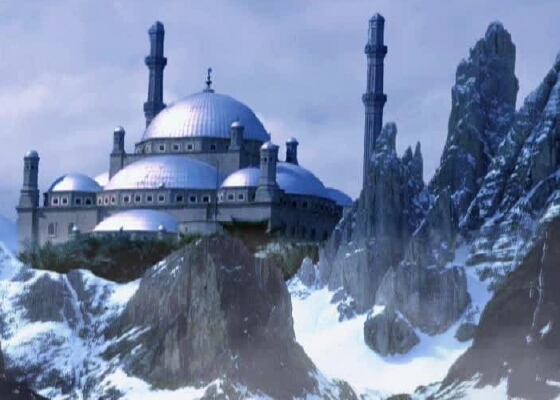 This is the 11th film in the Medina Collection, made in 2006. It was filmed back to back with "Ghost in a Teeny Bikini" and features almost the same actors. According to an interview with Brad Bartram this film was filmed first, but it was released after "Ghost in a Teeny Bikini". Its release was probably delayed because it needed longer in post-production due to the CGI and special effects.

At the edge of the galaxy lies the planet Aquaterra. It's a highly advanced planet inhabited solely by lesbians. It's obvious that any planet without men must be highly advanced, isn't it? There's only one problem. They need to procreate to keep their species alive. For this reason a hunting party travels to Earth once every 20 years to capture a few men as sex slaves. 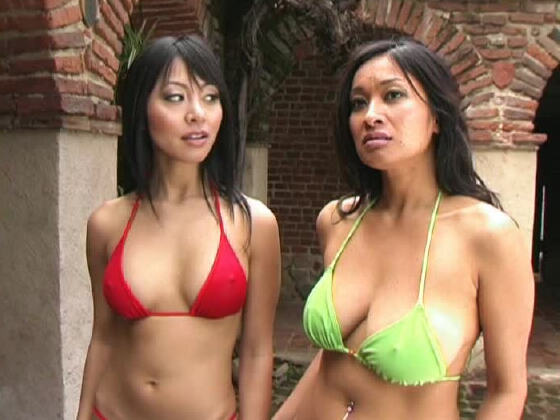 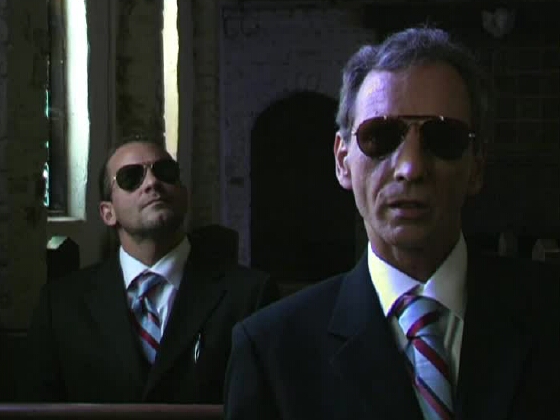 Earth's last line of defence is the Men In Black, Evan Stone and Ted Newsom. It's a battle between dark suits and colourful bikinis. Just one thing confuses me. Why are they meeting in the family church of Ravenswood Manor? 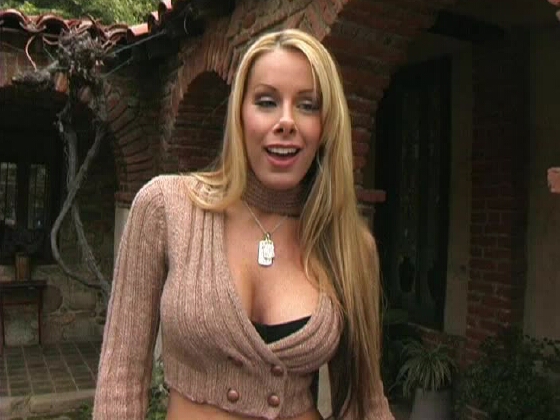 College girl Nicole Sheridan is the first woman to make contact with the invaders. Where do her sympathies lie? Will she side with the human race or with lesbians from outer space? That's a tough decision for a young girl to make. 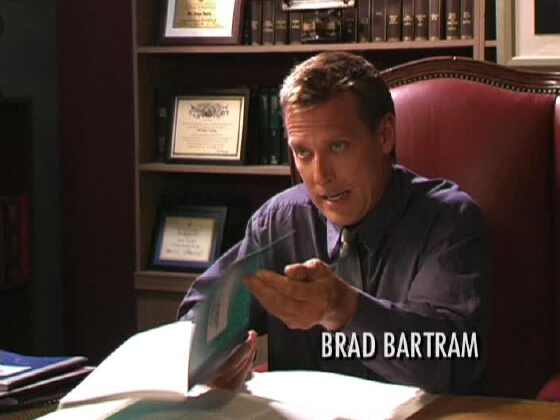 This sci-fi romp features all the regulars that we've got to know and love. There's Brad Bartram as the university's astronomy professor and Alexandre Boisvert as Nicole's boyfriend. 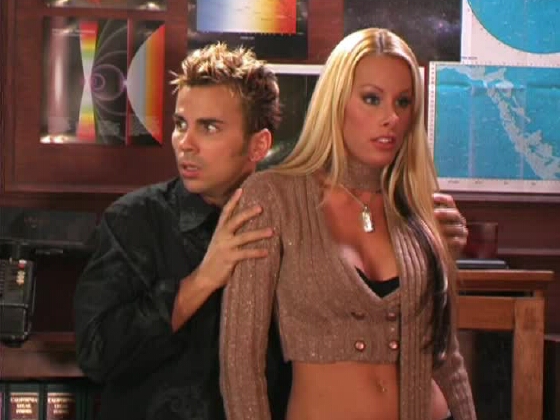 Alexandre's hiding behind Nicole for protection? Disgusting! That should help Nicole decide whose side she's on. And he really needs to do something about his hair. 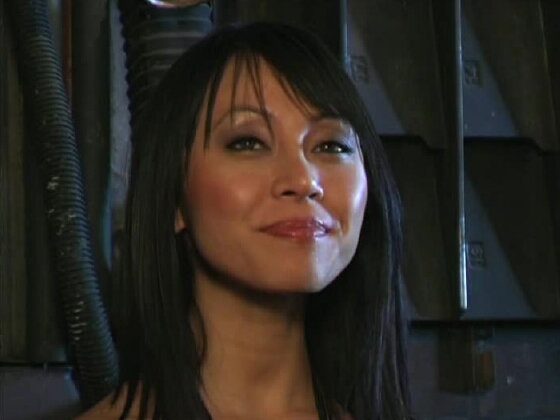 I got the first 12 films of the Medina Collection jumbled up because I didn't find out their correct order until I started watching them. I think I have it figured out now. I'll be watching the next 20 films in the right order.