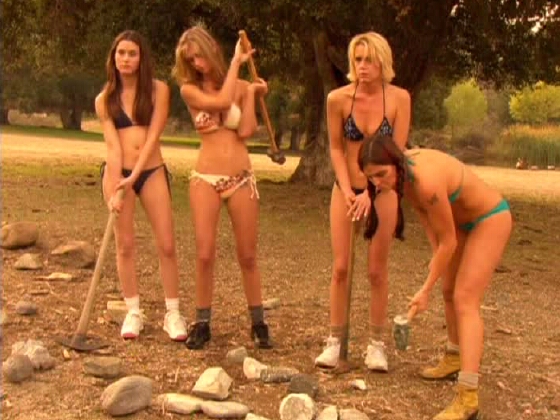 This is the ninth film in the Medina Collection, made in 2005. I had a moment of panic when I sat down to watch it today. The DVD didn't work. The main menu showed up, but I couldn't start the film. After trying the usual solutions in vain (taking the disc out, putting it in again, checking for fingerprints, etc) I tried it in my PC. Ah ha! In my computer it worked perfectly. I blame the problem on the disc being a double-sided DVD, with "Bikini Airways" on the other side. Double-sided DVDs should be banned. They're the absolute low end of DVD quality.

I have a few double-sided DVDs that I've (unknowingly) added to my film collection over the years. Some of the discs in the "Sopranos" box set are double-sided. Without checking, I think it's only discs in the third and fourth season. Why ruin a perfect TV series with a shoddy release? All the discs in the "Kung Fu" TV series are double-sided. I found this out after buying the first season, so I never bought the rest. I refuse to spend my money on junk like that. "Snatch" (the Guy Ritchie film) is double-sided. On one side there's the widescreen version, on the other side the fullscreen version. I rebought it on Blu-ray a few years ago and dumped the DVD in the trash, where it belongs. My "City of Angels" DVD has the film on one side and the special features on the other. If I decide to watch it again I'll look for a Blu-ray as replacement.

So far there aren't any double-sided Blu-ray Discs on the market. Is it even a technical possibility? I hope not, because if it's possible they'll do it. 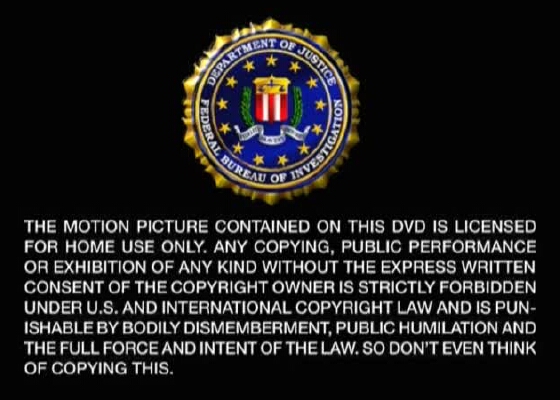 In the film Jessie Owens is arrested for making an illegal copy of a DVD and sentenced to life imprisonment. Sorry, just joking, but look at the FBI warning included on the disc. That's the severest warning I've ever read. I'd better not admit to anyone that I made two copies of the DVD today. If I'm arrested I'll tell the court that I deserve leniency because I only made the copies for myself. 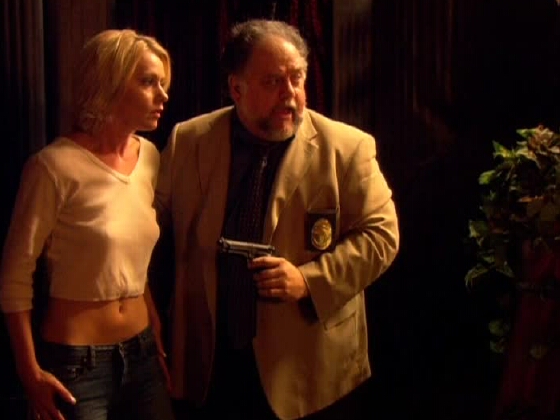 Let's start again. Jessie Owens, played by the Fred Olen Ray regular actress Beverly Lynne, is working in a bar. The bar is robbed by a masked criminal known only as the Living Dead Bandit. When the detective (Gordon Baer) arrives, the bar manager falsely accuses Jessie of being the bandit's accomplice, because she's refused to have sex with him. She's sentenced to five years in prison, where the warden is none other than Jay Richardson. He seems like a nice guy, but check out what he has on the wall of his office: handcuffs, whips, chains, ball gags and hammers. Hammers? The warden is certainly hardcore when it comes to punishment. 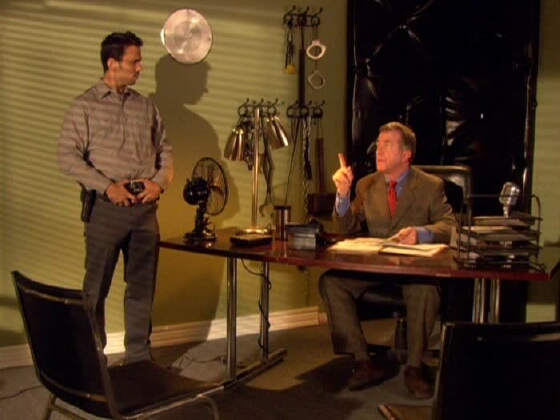 The prison guards are the evil lesbian Nicole Sheridan and the all round nice guy Alexandre Boisvert. The difference between the two is that Alexandre asks the inmates nicely if they want sex, whereas Nicole just rapes them. It's too much for the innocent Jessie to handle. Together with her fellow prisoners she goes on the run. 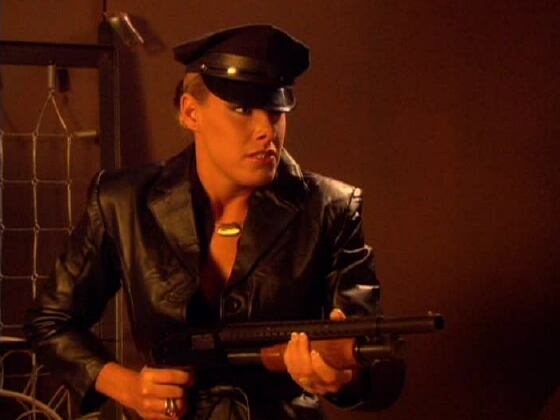 Nicole Sheridan. There's something about a girl with a gun. 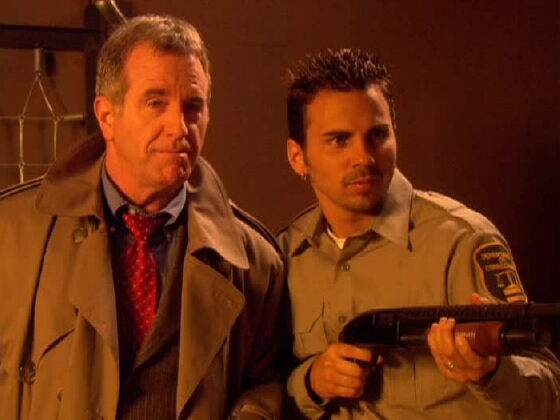 Alexandre Boisvert protecting his boss. Somehow I don't think he could shoot.