A Horse For Danny (4 Stars) 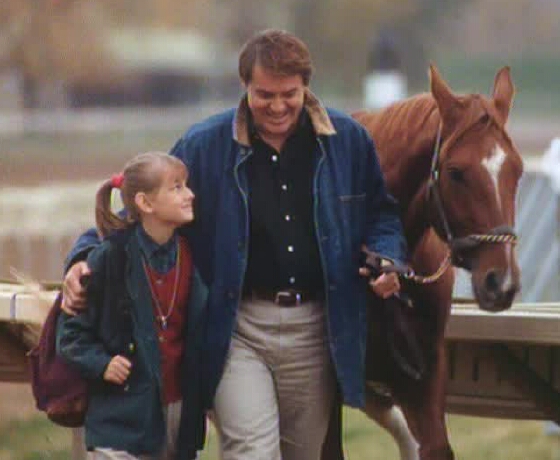 Girls and horses. Horses and girls. What is it about horses that fascinates young girls? When my daughter Fiona was a child she was fascinated by horses and said she wanted one of her own one day. I'm glad she changed her mind as she got older. I don't know where I would put it. This film shows Leelee Sobieski in the film's title role as Danny Fortuna, an 11-year-old girl who didn't just dream of having a horse, she went out and bought one with her own money that she'd earned from gambling. 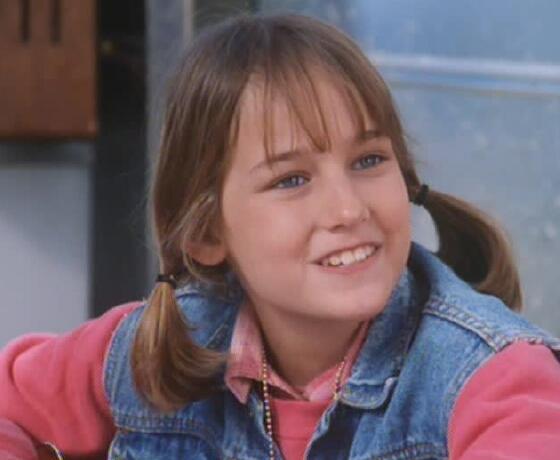 This was Leelee Sobieski's second film, made in 1995 when she was still 11. Obviously talent scouts were already aware of her acting skills. How many 11-year-olds are given the leading role in a film? Her arch-rival Kirsten Dunst didn't have an outright leading role like this until 2006, when she was 24 and had the title role in "Marie Antoinette". (Kirsten had a co-leading role with Michelle Williams in 1999 in "Dick"). In fact, if I count correctly, Leelee had the lead role in five films before she was 20. 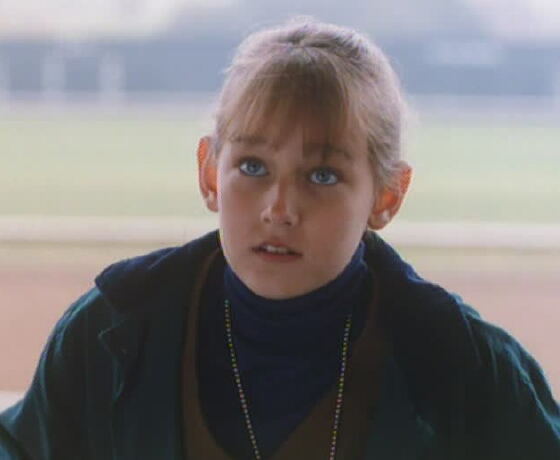 I only realised when watching this film how big Leelee's ears are. It's not just as a child, they're still large now she's an adult. I didn't notice because in her later years her hair usually covers her ears. I'm not saying that to criticise her in any way. It's something that distinguishes her. She was a cute young girl, and now she's grown up to be a beautiful woman. 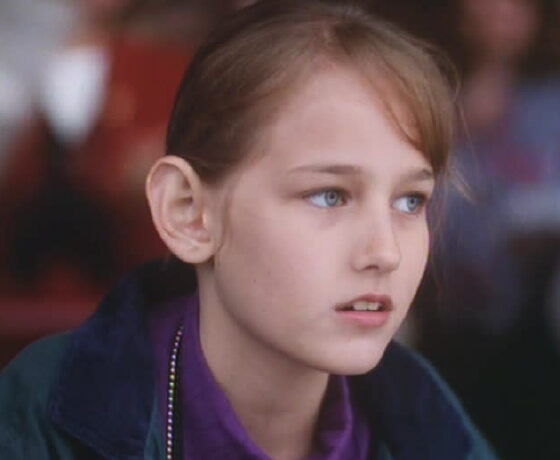 When I first reviewed this film in September 2010 -- it was only the third film that I ever reviewed! -- I said that I probably wouldn't watch it again. I only took the DVD down from my shelf today because I'm working my way through all of Leelee's films. I'm glad I watched it again. I probably gave it a lower rating the first time because I considered it to be too childish. Girls and horses. Watching it again today I appreciated it more. It's a very heart-warming drama that shows that dreams can come true; even the dreams of young girls.

Leelee plays Danny Fortuna, a girl whose parents have died. The reasons aren't stated. She now lives with her Uncle Eddie in his trailer at the side of a horse racing track, where he works as a trainer. Danny has an eye for horses. She's too young to place bets herself, so her older friend Mooney places the bets for her. One day she sees a temperamental horse called Tom Thumb. She recognises potential in him and manages to save $7000 to buy him. 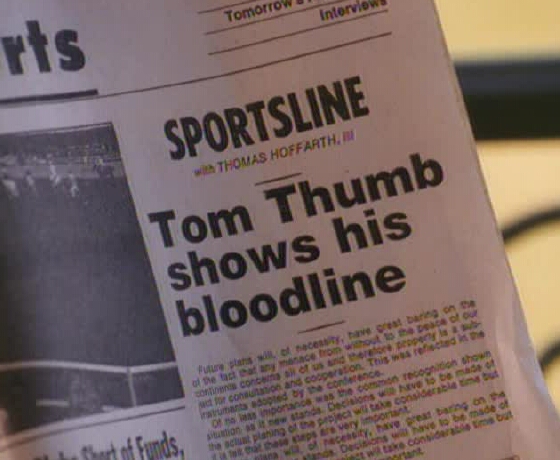 Here's a newspaper report about Tom Thumb's first victory. The headline reads "Tom Thumb shows his bloodline", but read the article itself:

Future plans will, of necessity, have great bearing on the
of the fact that any menace from without to the peace of our
continents concerns all of us and therefore property is a subject
for consultation and cooperation. This was reflected in the
instruments adopted by the conference.

Of no less importance was the common recognition shown
situation as it now stands. Decisions will have to be made of
the actual planning of the project will take considerable time but
it is left that these steps are very important.

After these two paragraphs, which aren't even written in good English, the first paragraph is repated again. Sloppy. 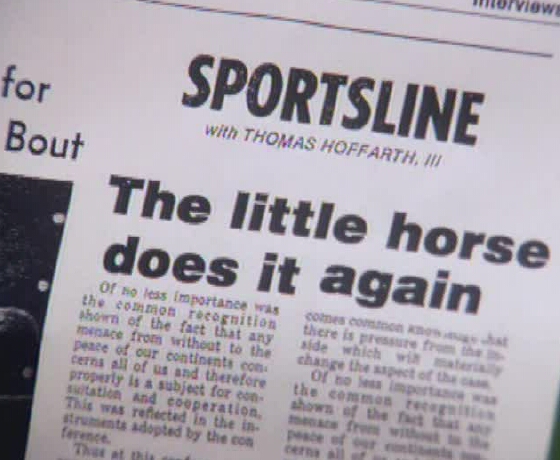 Then there's a second newspaper report, headlined "The little horse does it again". The text reads:

Of no less importance was the common recognition shown
of the fact that any menace from without to the peace of our
continents concerns all of us and therefore property is a subject
for consultation and cooperation. This was reflected in the
instruments adopted by the conference.

This is quite interesting. It's the first line of the second paragraph from the first newspaper, followed by the second to fourth lines of the first paragraph. If the lines are arranged like this the text is good English. But more interesting is that this exact paragraph was already used in "Basic Instinct" in 1992 (Paragraph 2).

The second column begins with a partial paragraph with these words:

comes common knowledge that there is pressure from the inside
which will materially change the aspect of the case.

Does this text sound familiar to you? It ought to. It's also a text taken from the newspaper used in "Basic Instinct". It's from the paragraph that I refer to as Paragraph M. It seems that the film production companies are copying their sloppy texts from one another. Don't they know better? 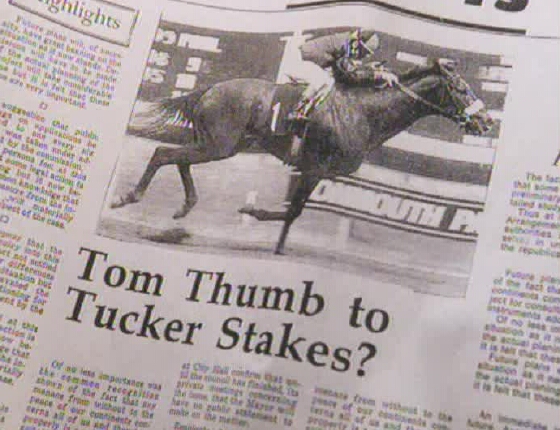