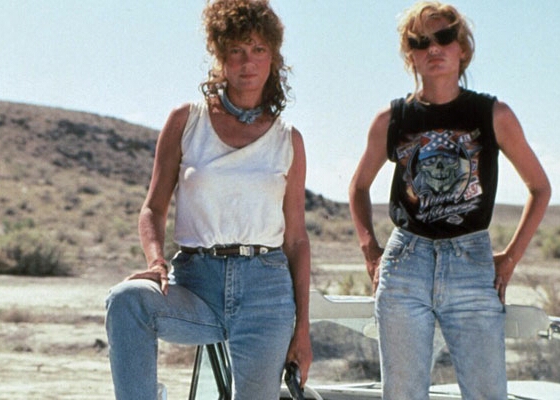 Some films are so good that they can be watched over and over again. I can't remember exactly how many times I've watched "Thelma and Louise", but I know it was a lot. Even though it was made in 1991, I don't think I saw it until 2001 or 2002, when it was on television. It was one of the first films I bought on DVD, and you know how it is: when you only have a few discs you watch them all the time.

The film is expertly directed by Ridley Scott. The cinematography is dazzling, moving from one beautiful scene to the next. Both Geena Davis (Thelma) and Sarah Sarendon (Louise) were nominated as best lead actress at the 1992 Academy Awards. It's correct to say that neither of them was in a supporting role, but have any other two women ever been nominated as lead actress for the same film? I think not. On top of everything else, the strength of the two main characters appeals to me. The two women are feminist role models, and I support feminism in its pure form. I don't call myself a feminist, I prefer to call myself a gynarchist. I enjoy watching films that portray strong women.

Thelma and Louise aren't strong at the beginning of the film. They develop their strength under extreme conditions. After being used and abused by the men around them they learn how to fight back, guns in their hands. All the men in the film are bad, in one way or another. The film has been accused of being misandric, but is it misandric to tell the truth? Ironically, the only good man in the film who really cares for the women is Hal Slocumb, the police detective responsible for pursuing the women. 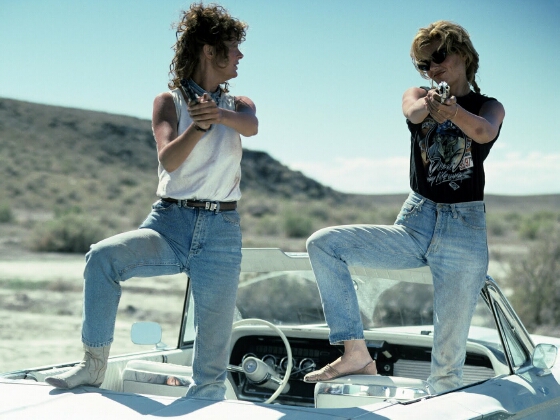 Ridley Scott has been responsible for several very good films during his career. If you like "Thelma and Louis", check out