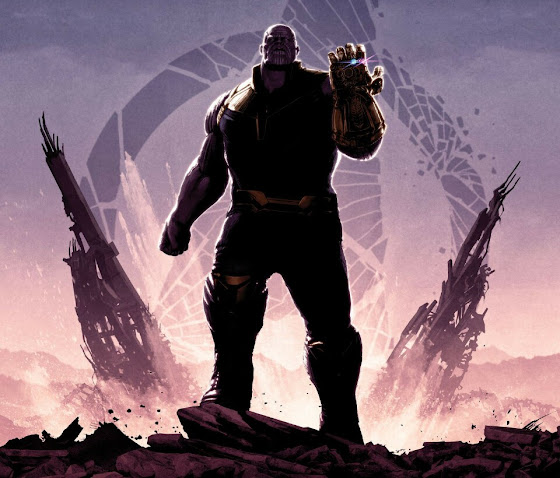 When I told a friend of mine that I was going to see "Infinity War" today he asked me not to write a review because he hasn't seen it yet. I understand what he means. He's afraid that I'll give away spoilers. I can't agree to my friend's request, because I've written about every single film I've watched for the last eight years and don't intend to stop now. However, as a regular reader of my blog he ought to know by now that I avoid spoilers when I'm writing about a new film. In fact, I can write a lengthy post without saying anything at all about a film.

I've heard it said that this film is based on the "Infinity Gauntlet" mini-series that was published from July to December 1991. That's not correct. These comics dealt with the battle against Thanos after he had collected the six Infinity Stones, also called Infinity Gems. The story of how Thanos acquired the gems was shown in the "Thanos Quest" mini-series, which was published from September to October 1990. The individual Infinity Gems were featured frequently in the first 50 issues of "Silver Surfer", from July 1987 to June 1991, written by Steve Englehart and Jim Starlin. (These are some of the best comics ever written). The gems changed hands several times, and at the end of these comics one gem was held by the In-Betweener and the other five by the Elders of the Universe. Thanos, who was dead at this time, was allowed to re-enter the world of the living to collect the gems.

The In-Betweener is a cosmic being who represents everything that has to be balanced, such as good and evil, reason and emotion, truth and illusion, life and death. The Elders of the Universe are the survivors of the oldest planets in the universe, who have come to represent concepts.

Thanos took the Soul Gem from the In-Betweener by force.

Thanos took the Power Gem from the Champion by trickery.

Thanos took the Time Gem from the Gardener by force.

Thanos took the Space Gem from the Runner by trickery.

The nature of the Infinity Gems isn't clearly explained in the films, but in the comics we read about them in detail. Before the universe was created there existed a single all-powerful being. Thanos called this being God. This being could not bear to live alone in absolute nothingness, so he killed himself. This shattered him into six parts, the six Infinity Gems. The power of his self-destruction caused the "Big Bang" and the creation of the universe. The six gems were scattered throughout the universe. Anyone who combines the six gems and becomes one with them becomes God and can do anything. 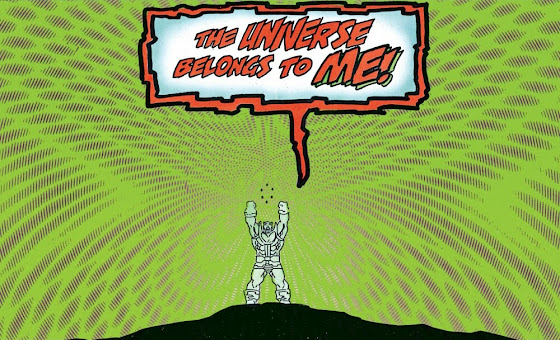 You can see from my brief description that the films bear little resemblance to the comics they are based on. That's regrettable but understandable. The so-called Marvel Universe slowly developed from November 1961 to September 1990, a month at a time. Characters were gradually introduced, one at a time. 18 films would not be enough to tell the tale of these 29 years of comics. Short-cuts had to be made to prepare for "Infinity War", the 19th film in the Marvel Cinematic Universe.

Judging "Infinity War" within the parameters of what was possible, it's an excellent film. That's all I'll say about it for now. I hope my friend will be happy.