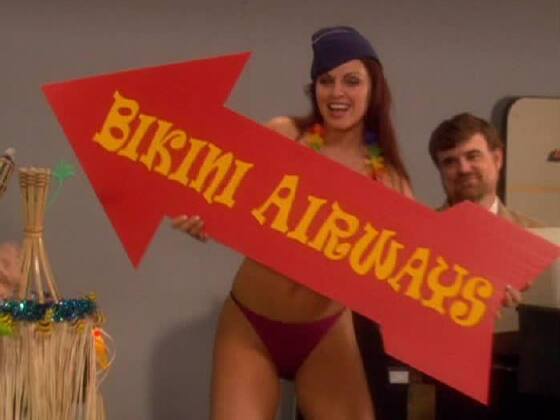 This is the second film in the Medina Collection, made in 2003. Its plot is identical to that of the 1990's bikini films. A business is failing, so pretty girls in bikinis are hired to attract male customers. In the case of this film, Terri Williams inherits a charter airline company from her uncle. The business is in danger of bankruptcy because nobody is interested in chartering its only plane, a Boeing 747. I suppose that might be a bit big for most customers. Terri's boyfriend Jim, a photographer, suggests hiring pretty girls to promote the airline. She accepts the idea and renames the company Bikini Airways. Soon they have their first customer. A rich oil tycoon from Texas wants to have an exclusive bachelor party on the jet while flying to his wedding in Miami.

There's one thing I want to have a rant about. The DVD that I bought contains two films, this one and "Bikini Chain Gang" (the 9th film in the Medina Collection). That's not bad in itself, except that it's a double-sided DVD. I hate double-sided DVDs with a passion. There's no consistency with the labelling of which side is which. On normal one-sided DVDs the label describes what's on the other side of the disc, but double-sided DVDs have small labels which sometimes, not always, describe what's on the same side. 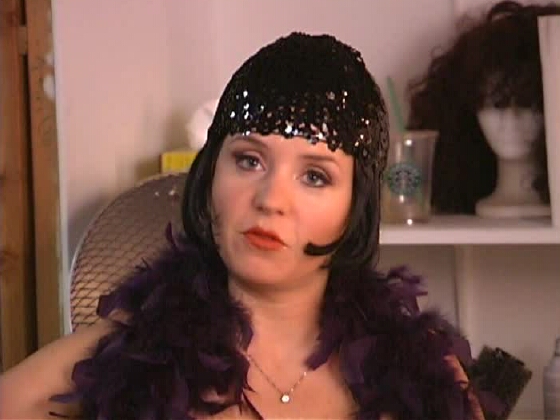 The film stars Fred Olen Ray's wife Kimberly in a small role. This is the only film that she has ever appeared in. Her usual role is as the producer of Fred's films. It's a family business. 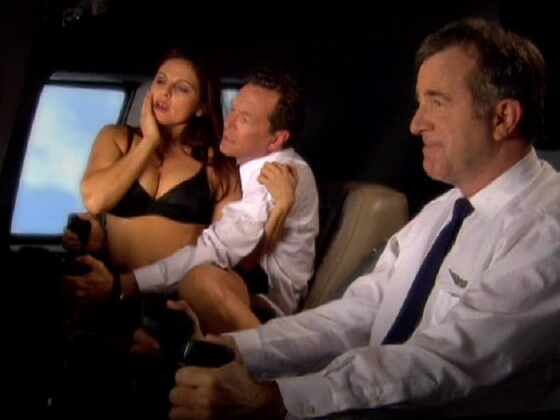 Jay Richardson seems happy as the pilot Sam, even though the co-pilot is the one who gets the girl. Jay is a regular in the Medina films, and as far as I remember he never gets the girl. Poor guy. But he always has a smile on his face. 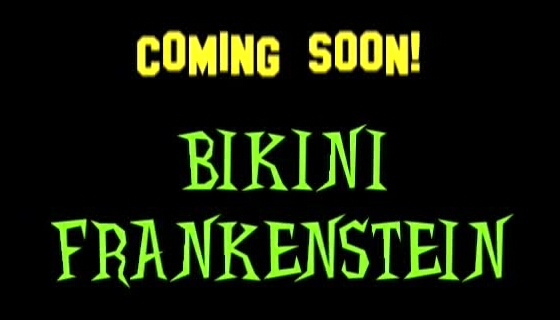 This announcement made at the end of the film was rather early. Fred did indeed make "Bikini Frankenstein", but it wasn't made until 2009 as the 20th film in the Medina Collection.