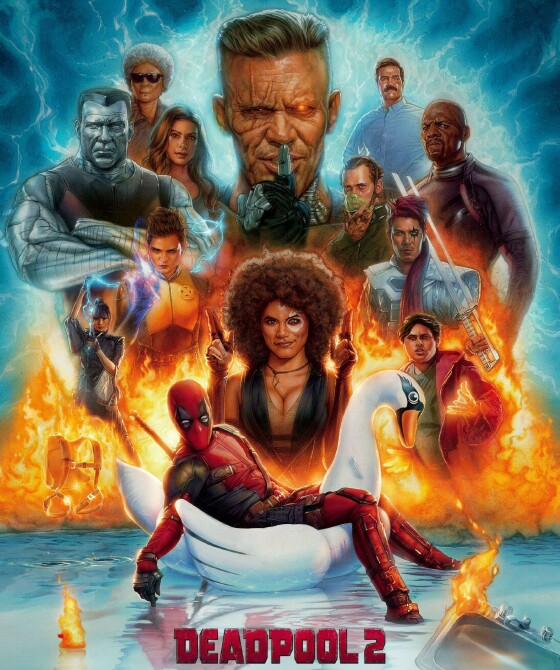 Any worries I may have had about "Deadpool 2" were unfounded. It's brilliant. It surpasses the first film in its excellence. It's my favourite film of 2018 so far. It even surpasses "Avengers: Infinity War" in quality. I can't praise it highly enough.

"Deadpool 2" has the same comic banter as the the first film, complete with dialogue that breaks the third wall, but it also has some very serious scenes, especially in the first half. It's the contrast between these scenes and the comedy that make it a stronger film than the first.

I was particularly happy to see the return of the Juggernaut. He was shown in "X-Men: The Last Stand", but the film didn't do him justice. Vinnie Jones portrayed him as a comic character, which I consider inappropriate. He was one of the most deadly villains of the X-Men in their early years.

The film cleans up the continuity with the first Wolverine film, in which Deadpool appears as a very different character, in both appearance and personality. Deadpool goes back in time and kills his alternative self. Thank you. He also does away with his alter-ego in the DC universe by going back in time and killing Ryan Reynolds before he could star in "Green Lantern".

I can't say anything else without giving away spoilers. This is a film that everyone should watch. Marvel fans will laugh out loud at the subtle in-jokes, but even those less acquainted with the comics will find it hilarious.