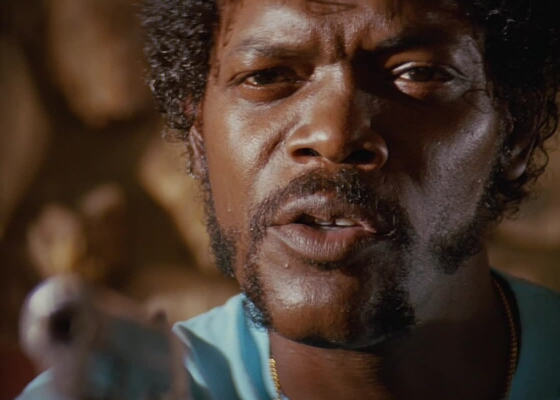 When someone quotes the Bible at you it's worth checking to see if they're right. In "Pulp Fiction" Jules (Samuel L. Jackson) says:

There's a passage I got memorized. Ezekiel 25:17. "The path of the righteous man is beset on all sides by the inequities of the selfish and the tyranny of evil men. Blessed is he who, in the name of charity and good will, shepherds the weak through the valley of the darkness, for he is truly his brother's keeper and the finder of lost children. And I will strike down upon thee with great vengeance and furious anger those who attempt to poison and destroy my brothers. And you will know my name is the Lord when I lay my vengeance upon thee".

So I checked my Bible, and what did I find?

"Because the Philistines acted in vengeance and took revenge with malice in their hearts, and sought to destroy Judah, this is what the Lord says: I am about to stretch out my hand against the Philistines, and I will wipe out the Kerethites and destroy those remaining along the coast. I will carry out great vengeance on them and punish them in my wrath. Then they will know that I am the Lord, when I take vengeance on them".

Even allowing for variations between different translations Jules' quote is way off. On the other hand, would you discuss theology with someone who's pointing a gun at your head?

Having said that, let me say something about the difficulty I had with picking "Pulp Fiction" for my 30 films list. I restricted myself to a maximum of one film per director. In the case of Quentin Tarantino, what should I pick? All his films are good, and I can't even decide what my favourite is. If someone asks me I usually name the film of his that I watched last. At first I put "Reservoir Dogs" in the list, because it was his first film as director. Then I replaced it with "Django Unchained", because I thought that my list doesn't have enough recent films. Finally I picked "Pulp Fiction" because most people say it's his best. It certainly is very good, but is it his best? I don't know.

One thing struck me today while watching the film is that all the characters, even those in smaller roles, were familiar to me. I'm not saying it because I've watched the film before. What I mean is that the dialogue introduces the characters, and within a minute of them appearing on screen I feel that I know them. Does any other director have such skill at character development? 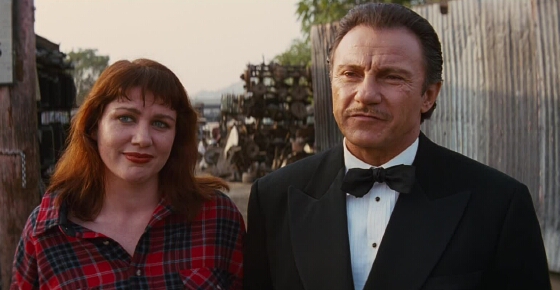 When reviewing other films in my 30 films list I gave three suggestions for further viewing. I shan't limit myself today. These are the other films made by Quentin Tarantion, all brilliant and deserving to be watched if you haven't seen them already.