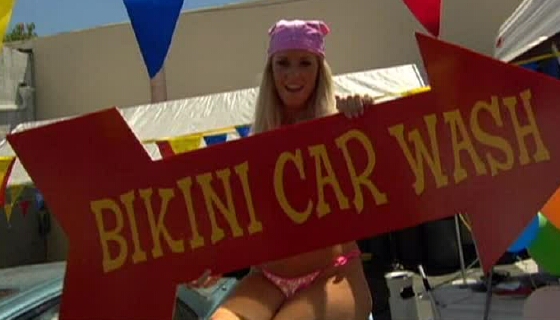 This is the fifth film in the Medina Collection, made in 2004. It was originally called "Bikini Escort Company".

My readers have probably noticed that I've been watching and reviewing the Medina films in the wrong order. This is unintentional. I relied on IMDB to put the films in the correct order, but I discovered while watching them that IMDB's information is incorrect. I spent some time today examining the DVDs themselves to put the films in the right order. Then I went back and edited my old posts to reflect the renumbering. For instance, in my original post I wrote that "Bikini Chain Gang" is the fifth film, but it's actually the ninth. I hope I have everything right now. 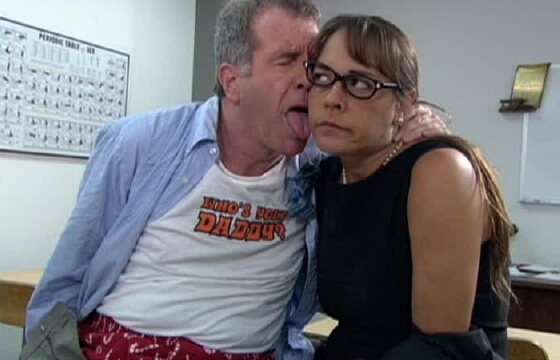 In one of my recent posts I claimed that Jay Richardson never gets the girl in Fred Olen Ray's films. How wrong I was! In "Bikini Carwash Academy" he hits the jackpot. He's caught with his pants down in the classroom making out with none other than Michelle Bauer! Yes, the one and only Michelle Bauer, the original Scream Queen. After her no other woman would be the same. Who's your Daddy?