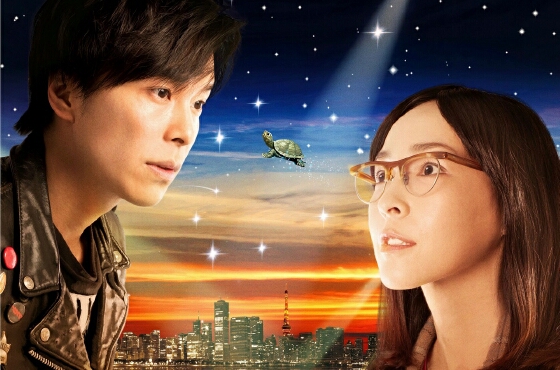 This is a very different type of film from my favourite director, Sion Sono. Or maybe it's not so different. It's his first film aimed at the whole family, with a message that young children can appreciate. That's very different for him. On the other hand, the film escalates from an everyday scenario into utter madness. That's very typical for him.

Ryoichi is a failure, He's 33, an unsuccessful rock singer working in an office of a company selling some sort of widgets used in musical instruments. His colleagues make fun of him because he acts so awkwardly. He feels attracted to a woman in his office, Yuko, who is just as socially awkward as he is. She's also attracted to him, but they're both too shy to make a move.

Ryoichi buys a pet turtle who becomes his best friend. He talks to him and he sings to him. He tells him about his dreams of becoming a big rock star. He also tells him about his love for Yuko. He calls the turtle Pikadon, a slang word for an atomic bomb. One day Ryoichi's colleagues mock him for taking the turtle to work. In embarrassment he flushes Pikadon down the toilet, but immediately regrets it.

Pikadon is washed through the sewers to the underground lair of a man who collects unwanted Christmas gifts. If they're animals, he feeds them to health. If they're toys, he repairs them. He gives them magic candy to make them able to talk. The man accidentally gives Pikadon the wrong candy, giving him the ability to grant wishes. Pikadon loves Ryoichi and begins to grant him his wishes, but there's a side effect: the bigger the wishes are that Ryoichi has, the bigger Pikadon grows.

And so we have Ryoichi on stage, performing to thousands, while Pikadon is on a rampage through Tokyo, knocking down buildings like Godzilla. There are so many messages in the film that complement each other. Anti-war messages, anti-consumerism, and most of all the importance of love. In his craving to become the world's biggest rock star he forgets about Yuko, the woman he once loved. 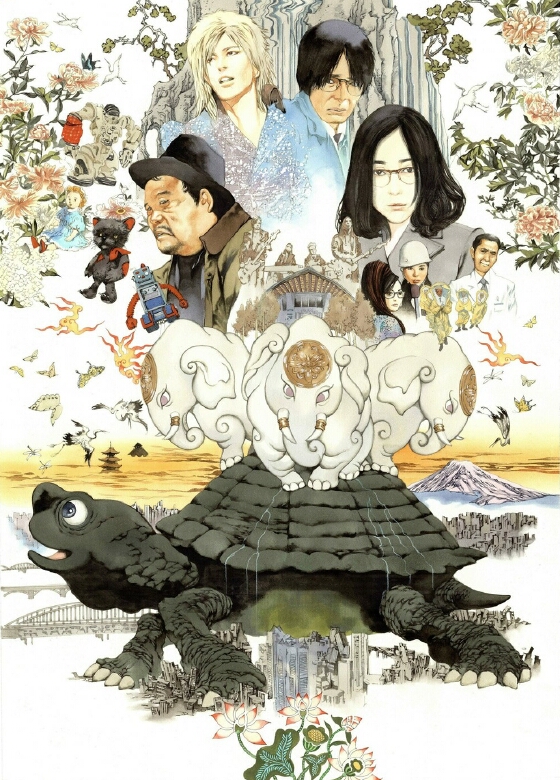