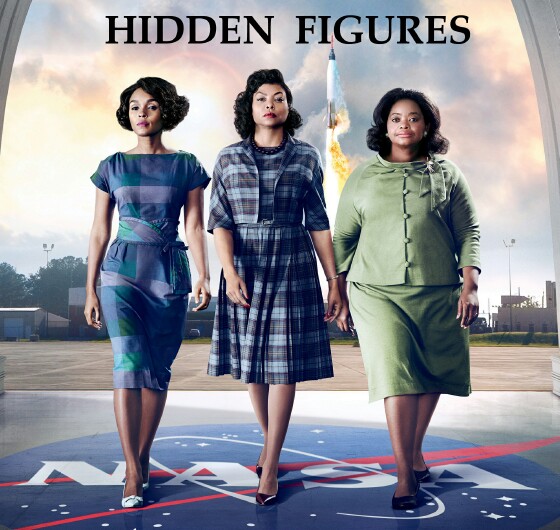 This is one of the films nominated for this year's Best Film award at the Academy Awards. It's received two other nominations for Best Supporting Actress (Octavia Spencer) and Best Adapted Screenplay. I shan't give away too much of the plot because it's still in the cinemas. It hasn't even been shown in England yet. It's unusual for Germany to show a film before England.

The film tells the true story of three women who worked for NASA in 1961, preparing to send the first American into space. Being female was a big enough disadvantage 50 years ago, but even worse for them was their skin colour: they were black. Today they would be called African Americans, in 1961 they were referred to as Coloreds. It's always amused me how Americans, unlike the English, avoid the word "black", both in the past and the present.

All three were highly qualified for their jobs, but they were held back by their gender and skin colour. In particular Katherine Coleman was a mathematical genius who far excelled any of the white men around her. Fortunately Al Harrison, the head of the Space Task Group, didn't share the prejudices of the day, and he insisted on having her in his team. His only interest was to put a man into space (and eventually on the Moon), and he wanted the best possible person for the job. That was Katherine.

Dorothy Vaughan was the unofficial supervisor of a group of women computers. In the days before the machines that we call computers today, the word "computer" was the job description for a mathematician who did calculations on paper. Dorothy did the work of a supervisor after the retirement of the previous supervisor, but she couldn't be promoted because of her skin colour.

Mary Jackson is a computer who wants to be promoted to the rank of engineer, but she doesn't have sufficient qualifications, because she isn't allowed into the colleges where she would receive the training, once more a problem of skin colour.

What I like about this film, in contrast to other films about racial prejudice, is that segregation is shown in a comical fashion. The film doesn't set out to tell us that segregation is bad, it tells us that it's stupid, and it's so stupid that we have to laugh at it. There were several scenes that made the cinema audience laugh. Katherine Coleman wasn't allowed to use the white women's toilet (American "bathroom"), so she had to walk 20 minutes to another building, meaning a 40 minute break every time she had to relieve herself. On her second day in the Space Task Group her colleagues gave her a coffee can labelled "Coloreds", because they didn't want her touching their can.

I was especially impressed by Kirsten Dunst in the film, who played the head of human resources. She was polite to the coloreds and never said anything wrong, but her body language and her awkwardness made it obvious that she was one of the most prejudiced people in NASA. Brilliant acting! 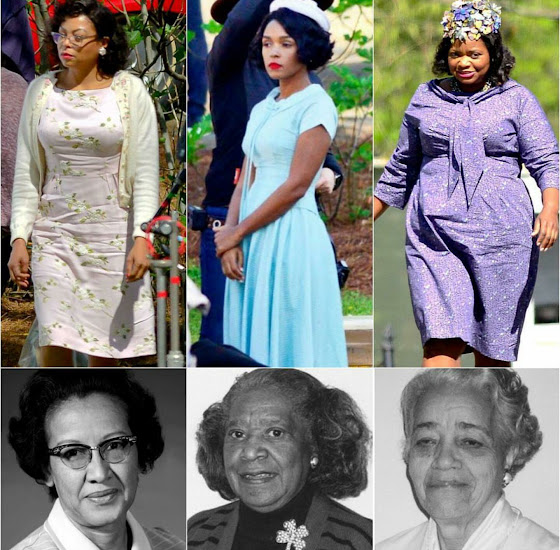 I have a problem talking about racial prejudice. I'll use the word "racism", even though I'm aware that it's not exactly the same thing. My problem is that I just don't understand it. Judging a person on his skin colour is just as ridiculous as judging him on his hair colour or the size of his ears. It doesn't matter what a person looks like on the outside, what matters is what the person thinks, says and does. That's so obvious to me that I can't understand why anyone should disagree with me. The only thing I can conceive is that if someone grows up in a secluded environment and never meets a black person he might believe that black people are somehow inferior, out of pure ignorance. However, as soon as he makes contact he should recognise that they're just as good as white people.

My lack of understanding of racism sometimes makes me seem insensitive. When I lived in England I insulted a black friend by making light of racism. I didn't realise that it was a big issue for him. For me it's something not worth mentioning, and if the subject ever does come up I make fun of it.

Gender prejudice is a different matter. There are big differences between men and women, in physical capabilities and temperament. Of course, this doesn't mean that a woman can't be more intelligent than a man, as we see in the case of Katherine Coleman. 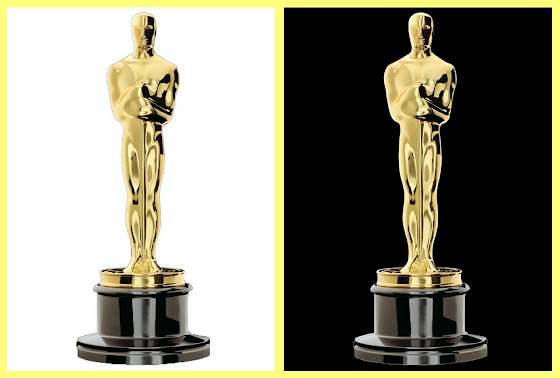 In the last few years, especially the last two years, there has been a lot of criticism of the Academy Awards because of the lack of diversity. What's meant is that too few Oscars have been awarded to black actors and directors. This whole argument annoys me. It's not up to the Academy Awards to be diversified; it's their job to decide which actors and directors are the best, regardless of their skin colour. It would be stupid to award an Oscar to the second best actor just to fulfil a quota. There are many first class actors who are black. If we want more diversity in the awards, the solution has to be found elsewhere. First of all, black actors have to work hard to be better than their white colleagues. The competition is tough, but it's not impossible. Secondly, more roles have to be offered to black actors. I mean sensible roles. Too often roles are handed out on a racial quota basis, especially for Marvel films. For instance, Idris Elba is one of the world's best actors, but casting him as Heimdall, a Norse God, was pure idiocy, motivated only by the quota of having at least one black actor in the film.

Another way to create diversity is to write and direct better films starring black actors. Look at "Hidden Figures". It deserves to win this year's Best Film Oscar, not because it's a film about black issues, but because it's the best film. That's real diversity.