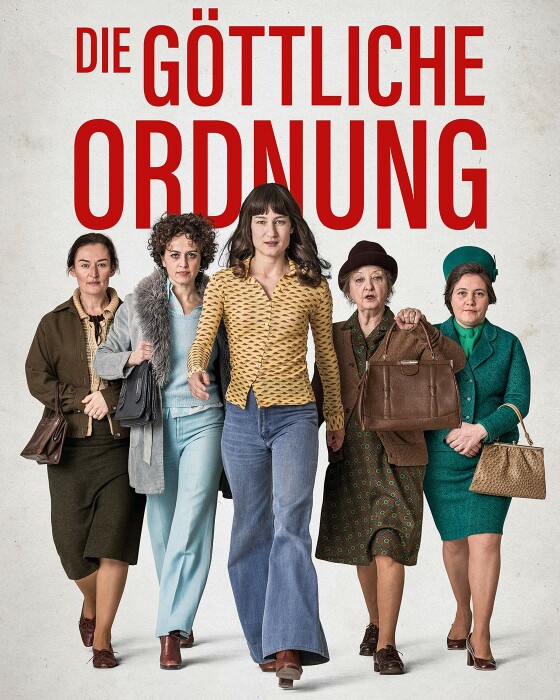 I sincerely hope that this film will be made available with English subtitles to make it accessible internationally. It tells a story that very few people know about. It's about the fight of the women in Switzerland for the right to vote. It takes place in 1971.

Yes, 1971. That made me swallow as well. Was it really so late? How is it possible that a civilised European country could still have been denying women the right to vote in the second half of the 20th Century?

Rather than deal with the national fight across all of Switzerland, the film concentrates on a small community in a village in north east Switzerland, a microcosmos of Swiss society. In particular, we see one Swiss family who live on a farm, the most conservative of all Swiss institutions.

Gottfried Ruckstuhl is a retired farmer, the patriarch of the family, who lives with his children and his grandchildren under one roof. His two sons are Werner and Hans. Werner has taken over the farm, while Hans works in a nearby factory. Werner is married to Theresa, and they have a 17-year-old daughter, Hanna. Hans is married to Nora, and they have two young sons.

Nora begins to see problems for herself and the other women around her. It's not just about being able to vote, but she realises that if women can't vote for what they want they will never get anything.

The first problem is her niece Hanna, a typical rebellious teenager. She runs away from home, so she's arrested and put in prison. There was a law in Switzerland called Administrative Versorgung ("administrative care") which allowed teenagers between 16 and 19 to be imprisoned without trial if their lifestyle was considered to be immoral. They would be detained until their 20th birthday unless their father -- not the mother -- requested their release. Although both boys and girls were imprisoned, more than 80% of those detained were girls.

Then she sees that her sister-in-law Theresa has been hit by her husband.

Nora's personal problem is that she wants to find a job, but under Swiss law she's only allowed to work with her husband's permission.

Enough is enough! On February 7th 1971 there will be a national referendum on whether women will be allowed to vote. Only men can vote in the referendum, of course. Nora forms an organisation to encourage women to encourage their husbands to vote for women's right to vote. 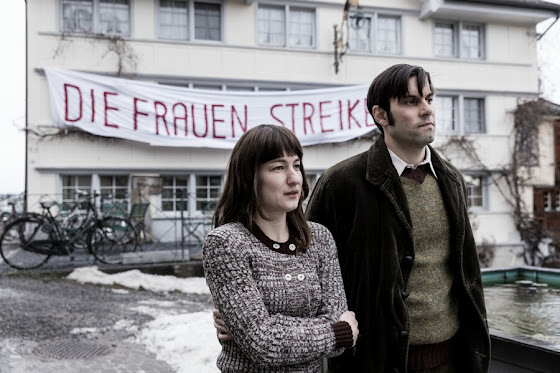 The film deals with a serious subject matter, but it's made entertaining by the injection of humorous dialogue. Mostly it's the men who make us laugh with their utter stupidity. For instance, Nora tells her sons to take their plates into the kitchen to be washed after dinner, and they reply, "Why should we? We're boys". Patriarchal attitudes start at an early age.

It's a very different film to "Suffragette", which I also gave a five star rating. Comparing the two, "The Divine Order" is a better film.