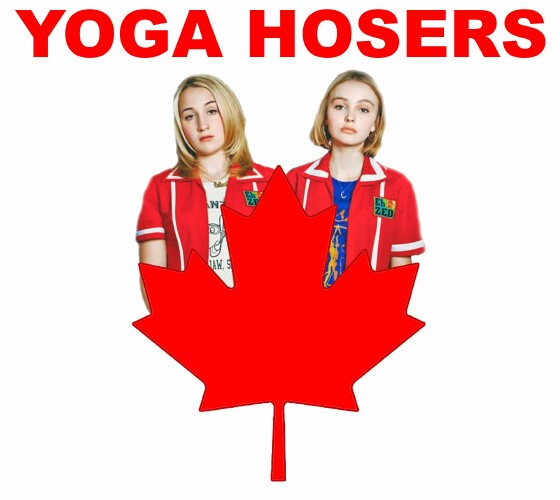 Not many people know that in the 1930's there was a Canadian Nazi party with its headquarters in Winnipeg. They were poised to take over Canada when Germany won the war, but tragically Germany lost, so the party was disbanded. A German scientist resident in Winnipeg refused to accept defeat. He created a machine that would turn sausages into Nazi soldiers. He froze himself and his warriors to rise again 100 years after the end of World War Two, but due to a power failure they awake early in 2015. They intend to conquer first Canada, then the world. The sausage Nazis (called Bratzis) emerge from the underground lair into a convenience store that has been built on the location, Eh-2-Zed. Only the two 15-year-old girls who work the late shift, Colleen Collette and Colleen McKenzie, stand between the Bratzis and world domination. 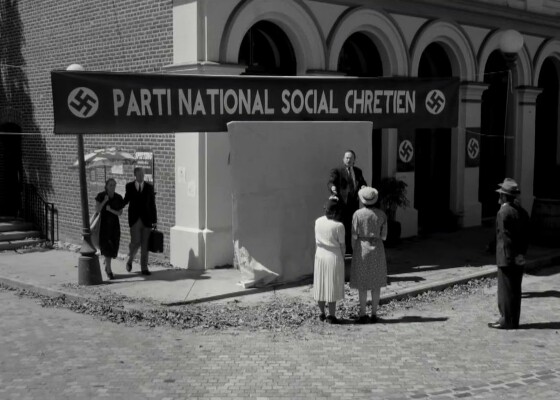 I watched this film as part of the Fantasy Filmfest in Stuttgart. If you look that up in a dictionary it means "Fantasy Film Festival", but something has been lost in the translation. The festival is all about horror films, showing 53 horror films over a period of 11 days. Actually it's only 52 films, but Daniel Radcliffe's new film, "Imperium", will be shown twice. That's five films a day, except for the first day. The Germans sure do believe in overkill. Anyone who wants to see all the films needs to take two weeks off work. I can't imagine anything like this happening in Birmingham. The yearly Brindley Place open air film festival is one film on weekdays and two films at the weekend. 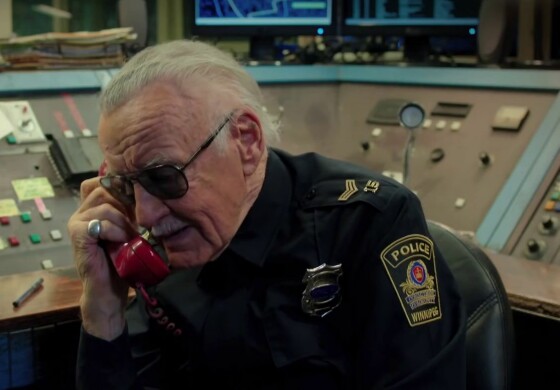 I have to say that the German audience was very well educated tonight. The film was in English, without German subtitles, but they seemed to understand everything, laughing at all the jokes. They were also a knowledgeable audience. When Stan Lee appeared on screen as a policeman the audience applauded. That's also something that cinema audiences don't do in England. 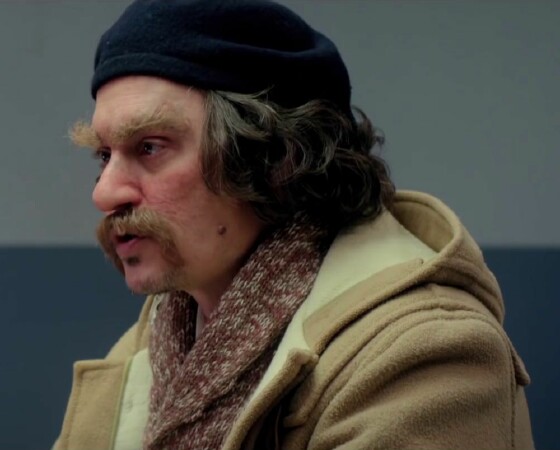 If you had asked me 15 years ago I would have said that Johnny Depp was my favourite actor. He played so many roles in the 1990's in which not only his acting but also his physical appearance were radically different from film to film. In the 2000's this changed. He's now either a long-haired comical character or a shy mumbling character. He doesn't seem able to play anything else. Not until now, at least. In "Yoga Hosers" he's very impressive in his role as the author and historian Guy Lapointe. Look at the photo above. He's barely recognisable. He needs to do more roles like this. 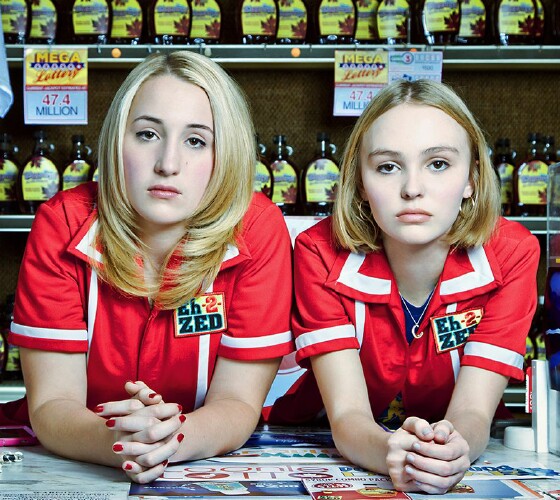 Of course, the film is driven by the two main characters, the two Colleens, played by Harley Quinn Smith (the daughter of the director Kevin Smith) and Lily-Rose Depp (the daughter of Johnny Depp). They perfectly portray two shallow Canadian girls, always on their phones, but willing to step up and save the world if necessary. The world needs more girls like the Colleens.