"Woman, you have sinned. You are an abomination in the eyes of the Lord. Harlot! Your evil is so unspeakable that even Lucifer must reject you until your malignant soul has been cleansed and purged by fire".

This is the 14th film in the Russ Meyer Collection, made in 1973. It's a curiosity among his films. Its style and cinematography are so different that it can hardly be recognised as one of his films. Only the Biblical morality and the rule of a powerful woman give it away.

The film takes place in 1835, two years after the abolition of slavery in the British Empire. The small island of St. Christobal in the Caribbean has refused to accept this change. Lady Susan Walker is the owner of a plantation that still uses slaves to cut cane. It has to be stressed that this isn't a society of white rulers and black slaves. The black people on the island are divided into two castes. The French-speaking black people are free men, loyal to Lady Susan. The English-speaking black people are slaves, viciously treated by Lady Susan and her army of Frenchies. 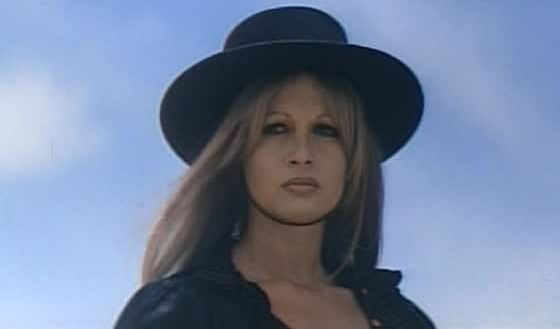 Lady Susan describes herself as an ex-slave who was smart enough to find her own freedom. She used to be a prostitute on the streets of London, the slave of a pimp who used her to make money. She married a rich lord and killed him, inheriting his money. Then she married a second rich man, and a third, and a fourth. Now she has absolute power on the island of St. Christobal. Sir Charles Walker, the brother of Lady Susan's fourth husband, travels to the island under a false name to find out if his brother is still alive. He soon finds out that she is too much for him to handle. When he pleases her she has sex with him, when he defies her she whips him. She's never without her whip, whether she's riding around the plantation or lying in bed. 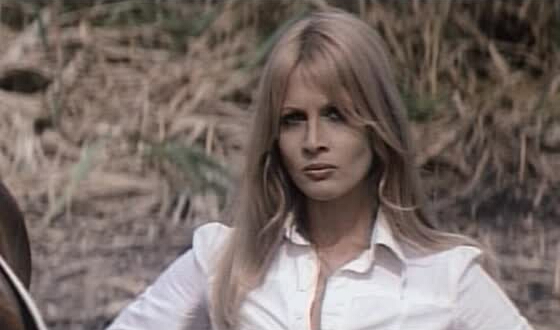 It's difficult to know who to sympathise with in this film. It might seem logical to those who have never seen the film to sympathise with the slaves who want their freedom. But when there's a rebellion and the slaves kill her servants, Lady Susan fearlessly faces more than 20 men, armed only with her whip. It's difficult not to side with the underdog.

Apart from this, the transformation we see in the preacher Isaiah is horrifying. He begins by using the Bible to teach his fellow slaves to be peaceful and accept their position. As the film progresses he uses the Bible to justify violence and murder. The final scene, in which Lady Susan is crucified, is rich in symbolism.

Ironically, Anouska Hempel, the actress who plays Lady Susan, has some similarities with her character in the film. She was born in New Zealand, then moved to London, where she lived in poverty. She starred in a dozen films, but never made the big time. Finally she married a rich lord and became Lady Weinberg. The main difference to the film is that she hasn't killed her husband. She bought the British broadcast rights to prevent "Blacksnake" ever being shown on television again. Evidently the story is too close for comfort.