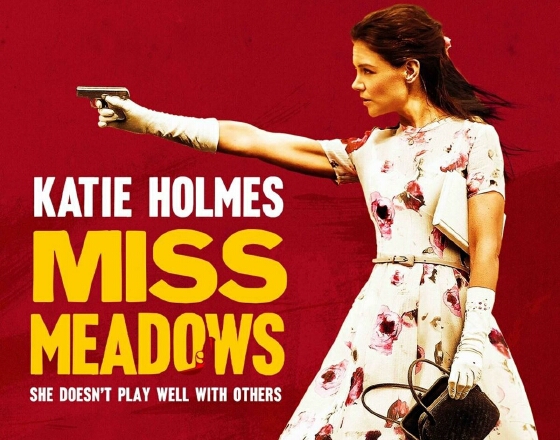 "There are bad people in the world, and they shouldn't be around the good people, especially the little ones".

Miss Meadows is a very well mannered young lady. She works as a substitute teacher for the first grade, although her job becomes permanent when the teacher that she's standing in for dies of cancer. She sings in the church choir, and she's a Sunday school teacher. Nobody uses her first name, they all call her Miss Meadows. Bizarrely, even her fiancé, the local sheriff, calls her Miss Meadows, and she calls him Sheriff. There's no unnecessary familiarity before marriage.

Behind her frail appearance there's an agenda. She feels it necessary to do what the law is too weak to do. She's a vigilante who kills men who prey on the innocent, especially those who harm children. We need more Miss Meadows in the world. Our soft bellied legal system believes in giving everyone a second chance, but paedophiles don't deserve a second chance. Having sexual desires towards small children is unnatural. It's not simply a crime that a person commits, it's part of his nature. The only way to prevent a paedophile re-offending is to kill him or lock him up permanently.

I love Katie Holmes as an actress, but something is missing from the film. It seems too bland, probably due to the lack of charisma of the supporting characters. To see Miss Meadows have extramarital sex seemed out of character for her, even though she kept her clothes on. The film has a lot of ideas, but somehow it misses the mark.