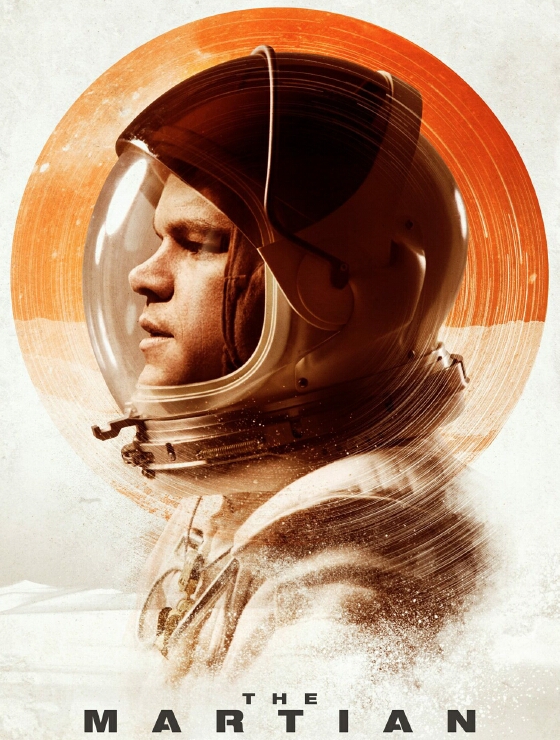 This is one of the 2015 summer blockbusters that I approached with caution. Late summer, I ought to say. It's been presented in the media with a lot of hype, as the must-watch film of the year. From the trailer and the brief synopsis it seemed to be a re-imagining of last year's "Gravity", which certainly didn't live up to expectations.Then I read an article on the film's making in which it was said that on the first day of filming that everyone involved with the film would win an Oscar. I certainly hope that was misquoted. If they were told "Let's work hard to get Oscars for everyone" it would be more acceptable, but in the form I read it it sounded awfully conceited.

I needn't have worried. The film's director is Ridley Scott, someone who can be relied on not to make a million dollar turkey. There are a few of his films that deserve to be in my "30 films to watch before you die" list, but since I was restricting myself to one film per director only "Thelma and Louise" made the cut. "Gladiator" was just as deserving.

The film is about a manned mission to Mars in the near future. Thank you for not specifying the year, it's always embarrassing when watching the film after the year has passed and we still haven't got that far. Due to a storm the mission has to be aborted and the ground crew has to leave the surface in a hurry. In the chaos of the storm one of their crew, the botanist Mark Watney, played by Matt Damon, is assumed to be dead and left behind. The next Mars mission is four years in the future and there isn't enough food to sustain him that long. Being a botanist he knows how to grow crops on Mars, so he makes the best with what he has -- potatoes only -- and settles in for the long haul.

The obvious film to compare "The Martian" with is "Gravity", and it compares very favourably. The main problem with "Gravity" is the credibility and scientific accuracy of the story. Even to me as someone who has never studied astrophysics, "Gravity" seemed very artificial, and Sandra Bullock's return to Earth seemed like dumb luck more than skill. In contrast "The Martian" is easy to believe, and it's obvious that Ridley Scott did his homework before making the film.

This is a film worth watching again. Wait for my next review when I have the Blu-ray Disc in my hand next year.

Will it win Oscars? Somehow I doubt it. Science fiction films rarely have success at the Academy Awards, except for technical categories like cinematography. The Academy prefers films about films, or films about actors, so "Trumbo" is a more likely film to win the major awards next year. Let's wait and see.