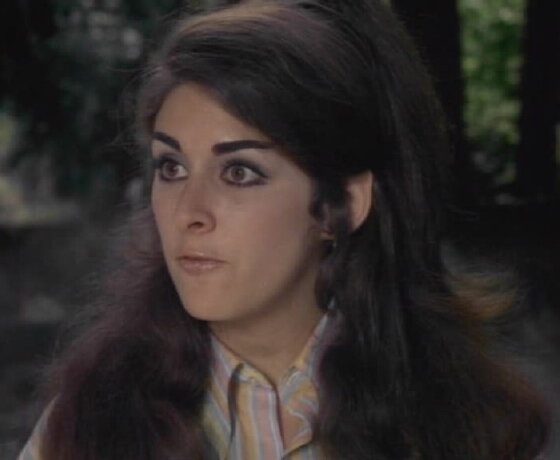 "The entire western world is crumbling and rotting to its very foundation because of prejudice and decadence".

This is the 12th film in the Russ Meyer Collection, made in 1968. His last four films had been moderately successful, earning more than a million dollars each, but this time he hit the jackpot. "Vixen" was made with a budget of less than $20,000 but it earned $26 million at the box office. That would be about $400 million in today's money. Added to that, Russ says that he earned another $19 million when it was released on video 15 years later.

What happened? In my personal opinion, "Vixen" isn't Russ Meyer's best film, but when it was released people went crazy for it all over America. For instance, it was shown in Chicago's largest cinema for 83 weeks, at a time when cinemas weren't multiplex, they just showed one film each.

The film's setting is similar to that of Russ Meyer's other films, in particular "Common Law Cabin". Tom Palmer owns a small wooden shack in the remote north west of Canada. He runs it as a hotel for elite guests. The only local residents are Tom, his wife Vixen, Vixen's brother Judd, and an American draft-dodger called Niles.

First of all my criticism of the film. Russ Meyer's previous films were concerned with questions of morality. "Vixen" deals with politics. I'm not against political films, but in my opinion the subject isn't dealt with adequately. In matters of morality Russ's films go into thought provoking detail. In "Vixen" we're told that Communism means equality, and that's it. Bam! It's just a political slogan with nothing behind it.

Maybe it's the taboo subjects that attracted the public's attention. The main character, Vixen, played by Erica Gavin, is racist and incestuous. She has sex with anyone who isn't black, including her brother. The incest isn't even presented as something bad in the film, it just happens. It's a remote area with not enough men to satisfy Vixen's sexual appetite, so she uses her brother as well.