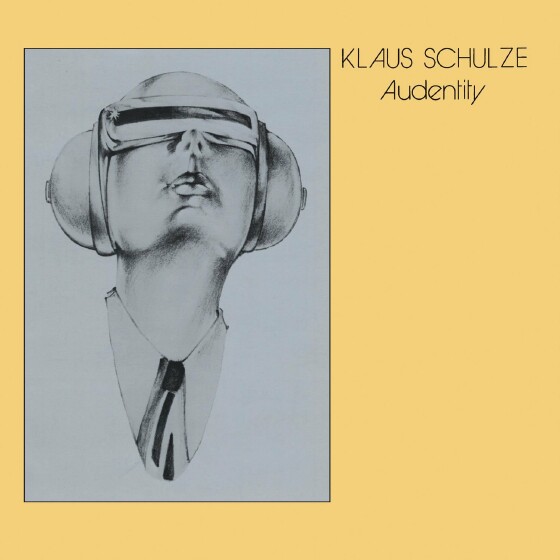 This is the 15th solo album recorded by Klaus Schulze. It's an album that divided his fans. Some loved it, some hated it. My own opinion is divided. The four sides of the original double LP differ in style, and I have to judge each side separately.

First of all, I have to point out something about the CD release. The order of the tracks was changed in order to fit the long bonus track, "Gem". To best appreciate the music you should listen to it in the original order. This is the correct order, together with my rating for each track.


My average, based on the length of each track, is 3¾ Stars. I use the same rating system that I use for the films in this blog, from 1 to 5. If you prefer a rating from 1 to 10, just double my numbers.

When I first bought this album I listened to it a lot, for purely practical reasons. In the early 1980's I had homes in two countries, England and Germany. I was working in Germany, but I expected to be returning to England at any time, so most of my LP collection, including my Klaus Schulze LPs, were in England. I only had my new purchases with me in Germany.

"Spielglocken" was my favourite track on the album from the start. For me it was pure Schulze, but it had a touch of madness that I could relate to. There's an aura of panic to the rhythm, as if my world could come crashing down on me at any moment.

"Cellestica" grew on me with repeated listening. It highlights Wolfgang Tiepold's cello more than any other track on this or previous albums.

The tracks on side two of the double LP ("Tango-Saty", "Amourage" and "Opheylissem") are okay to listen to, but they never really inspired me. They fit well into the album's story, which I'll describe below.

"Sebastian im Traum" is a problem for me. It's too abstract, too avant-garde. It's acceptable in its rhythmic sections, but they don't last long enough. There's too much noise and not enough music, if you understand what I mean.

I've read that Klaus was very proud of this album and spoke disparagingly of his fans who didn't like it. Supposedly he said that they weren't making enough of an effort to understand it. Slow down there, Klaus! "Understanding" and "enjoying" a piece of music are two very different things. Enjoying music comes from the gut. I hear something and I know immediately whether it speaks to me or not. The first time I heard "Irrlicht" I loved it. Why? I can't tell you why, I just did.

Understanding music is an intellectual activity, it comes from the brain. When I was at school I learnt about music. I had to analyse symphonies with the help of my teacher. I probably understand Mozart's music better than anything Klaus has ever made. And yet I don't enjoy Mozart. If you tell me that Mozart's symphonies are good I won't argue with you. Yes, I'm sure they're good, but I still don't enjoy them. No amount of tedious analysis will change my mind.

I don't like "Sebastian im Traum". That's not because I'm lazy and unwilling to put any effort into understanding it. I don't like it. That's all. 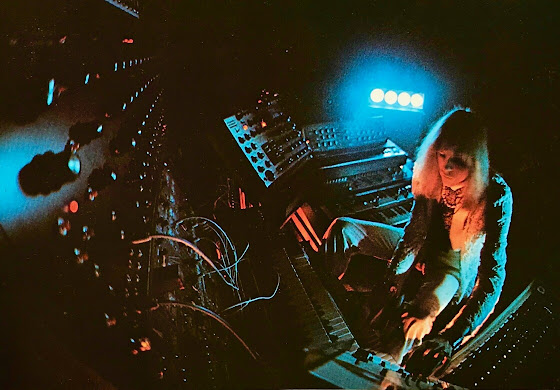 Unusually, the original LP release contains an article by a radio DJ explaining the album. He must have been given an advance copy before the official release. While this is undoubtedly just one man's interpretation, Klaus and/or his publisher KDM must have agreed with it, or it wouldn't have been printed on the album cover. Here is the full text:

Audentity: The story of Sebastian and a search for self-identity via the sounds and music of Klaus Schulze.

With side one depicting Sebastian's childhood, one might expect the first experiences to be simple and naive, but we are presented instead with a complex premonition of his later reflections in life.

Shortly after opening, sharply syncopated vocal contortions play with our rhythmic sense, and the game continues with the comparison of the expressive and interpretative cello of Wolfgang Tiepold playing against a computer replica. Later an alternative melodic idea, perhaps an authoritative and instructive symbol, grasps our attention by tantalising us with blended harmonies.

In the meantime the EEH drum computer provides the powerful, distinctive percussion crescendo that is no other but Schulze.

The twisting "Tango Saty" with its momentary oddities opens side two, immediately indicating new directions for Sebastian. This vibrant piece illustrates Schulze's sense of humour, a quality that is often evident upon closer scrutiny of his music.

Opening "Amourage" is the sound of a subdued grand piano reminiscent of the late Romantic / Impressionistic composers, which realises the dynamics of the initial screams. Eventually finding an equilibrium, this beautiful piece pacifies and ponders on intertwining waves of melodic fragments... undoubtedly a touching love scene.

Then on the third side a life-rhythm somehow less turbulent is established, maturing and ageing, entering the body. An imbalance in the possible outcome of his adult life is illustrated by overlaid percussive elements, occasionally shifting to an off-beat mode, and eventually returning to their initially established direction, hinting at an unknown alternative.

Now Sebastian reflects on his life with a reference to Gyorgy Ligeti emerging from the Hungarian cello of Wolfgang Tiepold, and side four begins to reveal a series of complex events told in a haunting, surrealistic manner; voices call from the future and past, doors open and close, dominating his thoughts, renewing and evaluating.

An extraordinary melodic theme is introduced later, heard with a pure and mellow metallic tone that reaches into our minds. Subliminal echoes of this theme are uniquely syncopated, perhaps symbolically, without direction, yet the timbre of the overall combination satisfies whilst inducing a precariously balanced peace.

The increasing recurrence of this theme draws the fragments closer together in an apparent time continuum as if yearning for self-cohesion and ultimate conclusion.

Interspersed are personified hammerings which persuasively enter the musical collage unwanted, but their persistence is rewarded when bursting into the aural space. There are reflections which menace Sebastian like insects writhing in the brain, then moments of solitude, some of which are isolated with apprehension and others with serenity.

This, the concluding piece on "Audentity", perhaps the most daring experimentation by Schulze, deserves concentrated listening so that we can fully appreciate the resolution of the story.


This is the reason that I insisted on listening to the tracks in the original order. The four sides of the album are four phases in the life of Sebastian.

The bonus track "Gem", which is subdivided into five parts, is a soundtrack that Klaus recorded for the 1982 horror film "Next of Kin". The director decided at the last moment not to use this music, preferring to use excerpts from Klaus Schulze's previous albums. This is a brilliant piece of music.